What is the Nyquist Plot?

Nyquist Plot gives the frequency response as well as comments on the stability and the relative stability of the system.

The Nyquist criteria is a semi graphical method that determines stability of CL system investigating the properties of the frequency domain plot (Polar plot), the Nyquist plot of the OLTF G(S) H(S) is L(S)

Specially, the Nyquist plot of L(S) is a plot which we draw by substituting S=jw and varying the value of w as per the polar plot. In polar plot we take one sided frequency response ( 0 – ∞) in Nyquist plot we will vary the frequency in entire range possible from ( -∞ to 0 ) and (0 to ∞ )

(2). It also gives indications on how we can improve the system stability.

(4). The Nyquist plot of G(S) H(S) gives information on frequency domain characteristics such as B.W, gain margin and phase margin.

A point or region in a complex function phase i.e. S-plane is said to be encircled by a closed path if it is found inside the path. 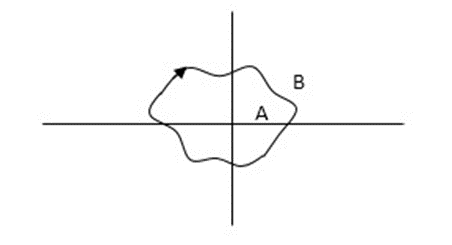 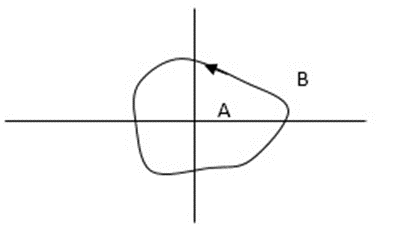 A point or region is said to be enclosed by a closed path if it is encircled in the counterclockwise direction, or the point or region lies to the left of the path (always), when the path is traveling in the prescribed direction.

The concept of enclosure is particularly useful, if only a portion of a closed path is shown.

In this example the shaded region are

Let path Y enclose the area as we see above. In other words, the enclosure of point A is by Y in fig a. but there is no enclosure by Y in fig b. and for point B it is vice versa.

No of encirclements and enclosures

As it’s overlapping but 2 times in Same direction

The path followed by S1 gives us the direction and this path which covers the total number of revolutions traveled by this point S1 is N or the net angle is ‘ 2 π N ’.

In diagram b again the encirclement of points A and B is in counter clockwise direction thus for this diagram the enclosure of A is one’s and that of B is twice.

By definition M is +ve for anticlockwise(direction) encirclement and –ve for clockwise encirclement.

# Zeros of the characteristic equation are poles of CLTF (3 and 4).

For the closed loop system to be stable, zeros of CE(i.e. poles of CLTF) should not be located at the right half of the S-plane.

Then consider a contour, which covers the entire right half of the S-plane. 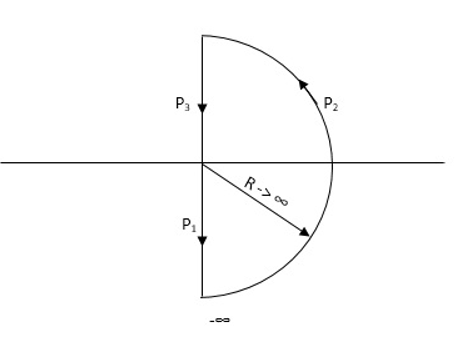 Hence q(S) contour may encircle the origin. Thus, the number of encirclement of q(S) contour with respect to origin is

N = Total no of encirclement of origin

When OL system is stable P=0 i.e. no of poles on right half

For CL system to be stable the only criteria is (Z=0) i.e.

(1). When the OL system is unstable then corresponding CL will be stable only when q(S) contour will encircle origin in CW direction.

(2). The no of encirclements should be equal to no of open loop poles located in the right half of S-plane.

What is Quick sort?

What is a Watchdog Timer?

What is an IMPATT diode?

What do Colleges Teach in Electrical Engineering?