@2021 - All Right Reserved. Designed and Developed by PenciDesign
Top Posts
Goseeko launches its own certifications for engineering and...
Online certifications which you can get in a...
What is Race around Condition?
What is a Development Plan ?
What is a Co-operative Bank?
What are the properties of Laser?
What is regula-falsi method?
Top 5 Websites for Academic Research
Top 10 Engineering YouTube Channels for Engineers
What is Lorentz Transformation?
What is Pumping and its types?
What are Toposheets?
Electronics

ZigBee forms the upper layer for control and sensor applications. It is built above the IEEE 802.15.4. Allowing it to provide security and flexibility due to its design. It has now become an open alliance. In 2002 ZigBee Alliance developed this.

As it forms the upper layer it offers services like messaging. In security aspects and application of profile layers also this configuration can be implemented. IEEE 802.15.4 mainly focuses on security, control and monitoring where there is need of low levels of data. It also supports star, mesh and cluster tree network topologies. 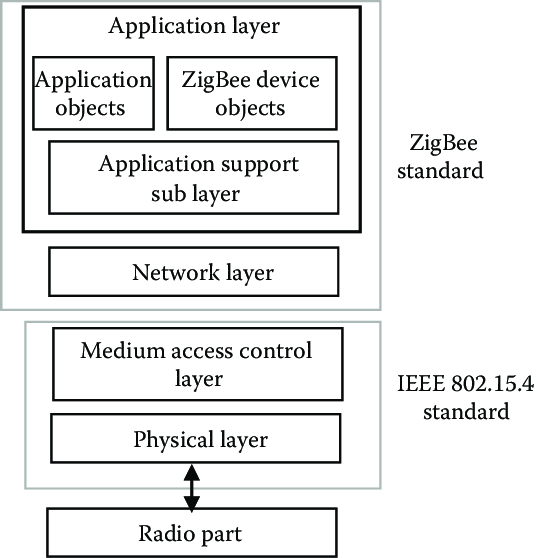 The star networks are simple networks. In this topology the outer nodes communicate with the centre node. The mesh topology consists of nodes placed according to the requirements. They provide a high degree of reliability. Here different stations combine to form relays to transmit messages. In case of interference at one section, there is another section to use. The combination of mesh and star network is a cluster network.

It’s design allows low power consumption for many purposes. , it increases the battery life and reduces the frequent maintenance cost.

What are Encoders and Decoders?

What is the Wein bridge oscillator?

What is a number system in...