A stack is a linear data structure that operates on the Last-In-First-Out (LIFO) principle. The Stacks has only one end, but the Queue has two (front and rear). It just has one pointer (top pointer) that points to the stack’s topmost element. When a new element is added to the stack, it is placed at the top, and the element can only be removed from the stack. To put it another way, a stack may be thought of as a container in which insertion and deletion can be done from the top of the stack.

The following are some  operations –

The following are the steps involved in the PUSH operation:

The following are the steps involved in the POP operation: 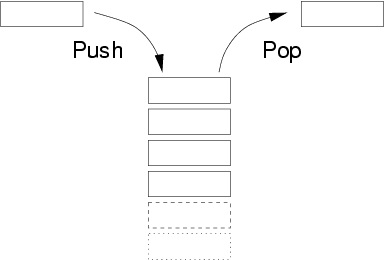 What is the PLI scheme?

What is the Abstract data type in Data...

What is Reinforcement Learning?

What are Input and Output devices of a...