What are Half wave and Full wave Rectifiers? 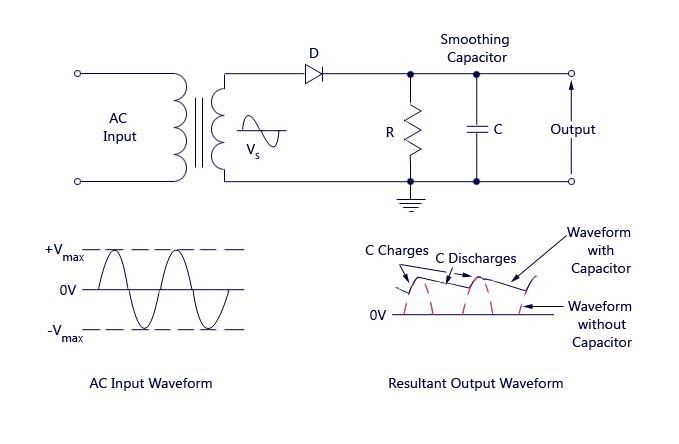 The ripple factor is given as

The DC current is given by,

The output DC voltage is

The Maximum secondary voltage is  VSmax

The ratio of output DC power to the input AC power is rectifier efficiency.

The root mean square (RMS) value of half wave rectifier is

Classification on the basis of construction

The circuit has two diodes connected to a single load (RL)and each diode conducts alternately. During the positive half cycle the diode D1 conducts

During the negative half cycle diode D2 conducts and current flows through resistor R in the same direction in both the half cycles.

The output waveform is as shown below 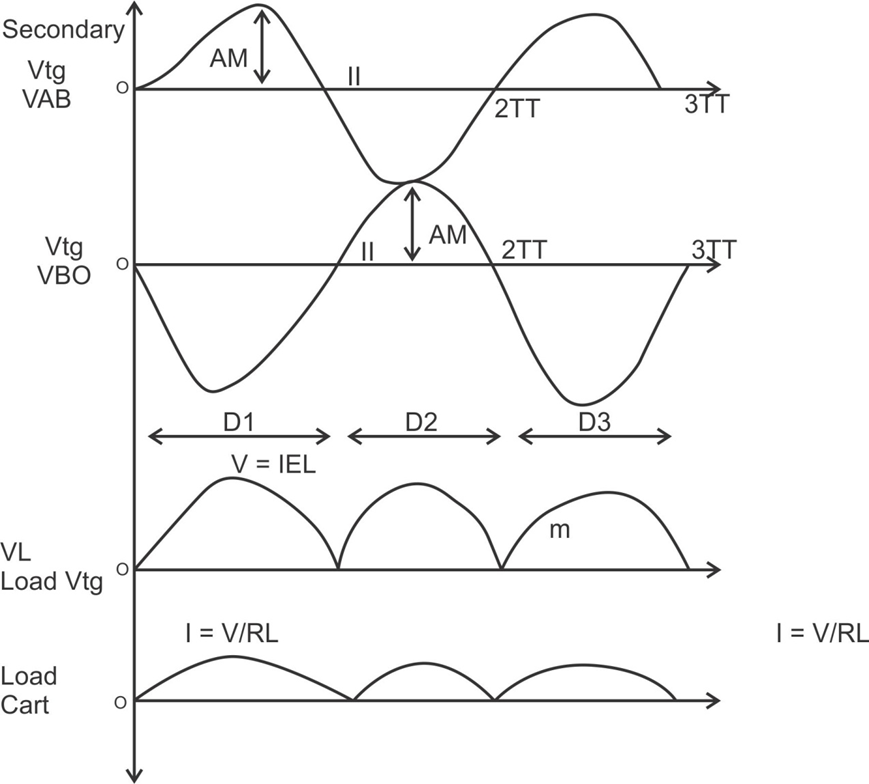 As both diodes conduct in their respective half cycles, the final output waveform obtained shows the continuous wave for every half cycle. 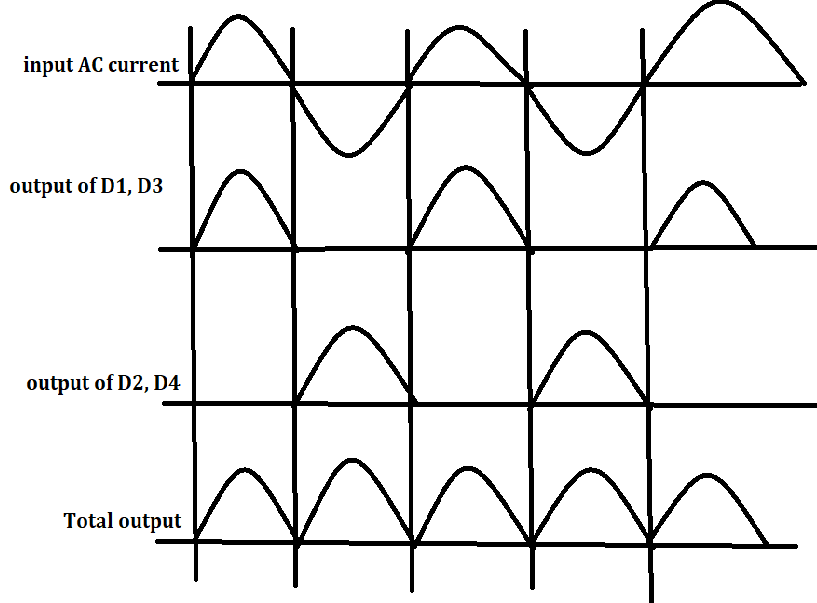 The ripple factor is expressed as

The ratio of DC output power to the AC input power is rectifier efficiency.

The peak inverse voltage is the reverse bias condition in which the maximum voltage which a diode can offer.

The DC output voltage at the load resistor

The root mean square (RMS) value of is

The form factor then becomes

What is the PLI scheme?

What is a Snubber Circuit?

What is a PN junction diode?

What is the need of a Sample and...