The PLCs is called a Programmable Logic Controller used in many industries where the working environment is not so favorable in terms of temperature and the dust. They are used to automate the process in plants and industries. The PLC consists of CPU, I/O input and output, memory and software.

The main blocks are

i)             CPU: It is the center and most important part of PLC all the processing of input provided is done in this unit. It also replaces relays, counters and times. It takes the data input from the various devices connected to it, executes the user program from memory and sends the output commands to control devices.

ii)             Programming device: In order to enter a program or code which is in the ladder form we need a keyboard and to read we need a monitor with it. 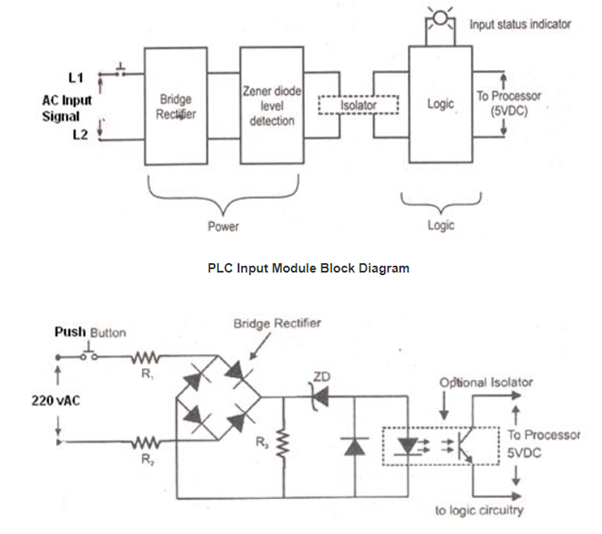 There is a power unit and a logical unit as seen above in the input module. A 220V ac is applied to the bridge rectifier when a push button is closed. Then dc output is generated through the rectifier and Zener diode provides the low voltage to LED. The phototransistor conducts when the LED light strikes them and provides dc voltage to the processor.

The output module acts as an interface between output load and processor. It also has a power and logical unit but works in reverse order to that of the input module. The phototransistor will conduct when the light from the LED strikes; it happens when the processor generates a high signal.

What is a MOSFET?

How to land a job after Electrical and...