This instrument is Linear Voltage Differential Transformer. It is an inductive transducer. Also known as LVDT. For measuring displacement of any object we use them. It uses the basic transformer principle of mutual inductance to measure linear movement. LVDT is a passive transducer having coils and an alternating magnetic field which produces an analog output voltage. It measures the distance along the linear axis. 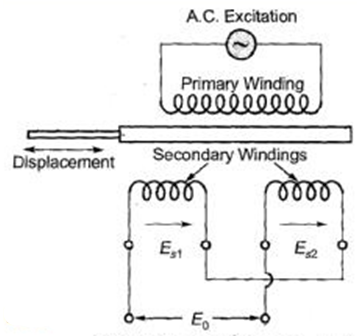 LVDTs have low hysteresis loss. They do not have any frictional loss. The LVDT have high value of output and hence do not need any amplification. They have high range of measurement of displacements.

In industries we find application of LVDT as pressure transducer. They also used as null position sensors in servo systems.

What are Encoders and Decoders?

What is a Variable Frequency Drive?

What are Half wave and Full...